“The archetypes are, as it were, the hidden foundations of the conscious mind. Archetypes are systems of readiness for action, and at the same time images and emotions… They represent, on the one hand, a very strong instinctive conservatism, while on the other hand they are the most effective means conceivable of instinctive adaptation.” -C.G. Jung, CW 10, “Mind and Earth” (1927), para. 53

“…The most potent symbols are archetypal, functioning like integration networks and theories of mind, mediating emotions and thoughts not just within ourselves, but between us.  They are public. In the same way that a ‘big dream’ often informs the life of a community, the archetypal symbols springing from our collective imagination provide intersubjective space through which we communicate with one another in powerful ways… Just as a dream conveys what is meaningful to us and what is not, archetypal symbols deliver a critique of social norms, allowing us to forge surprising connections.” -Sherry Salman, PhD

In our increasingly public world where the boundary between fact and fiction is being dissolved in the information stream, we are also continually subject to faux symbols, to manufactured images and media spectacles. We recognize the authenticity of our dreams and of the facts and fantasies of waking life when they express an archetypal awareness that also contains the integrity of the present moment. When they don’t, we think we can recognize the illusion. But is it so easy to tell the difference anymore, and how do we?

This lecture is part of the symposium Awakening Archetypal Awareness in Dreams and Daily Life. Purchase the full symposium for 40% off the individual titles!

Audio: This download includes an audio MP3 that can be played on smartphones, tablets, and laptops for listening on the go.

This video will help you:

Sherry Salman, PhD a psychoanalyst and teacher, and is an internationally recognized author and speaker. Her area of expertise is symbolism and the creative imagination in postmodern culture and psychological life. She recently appeared with musician David Byrne and artist Pat Steir in The Red Book Dialogues at the Rubin Museum of Art in New York City.  She received her B.A. from Vassar College and a Ph.D. in neuropsychology from the City University of New York, then did research in psychosomatic medicine, and completed training as a Jungian analyst in 1985. Her work has appeared in numerous journals and in the popular press. Currently, she is based in the Hudson Valley of New York, where she lives with her family. 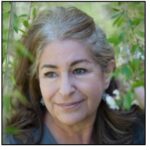