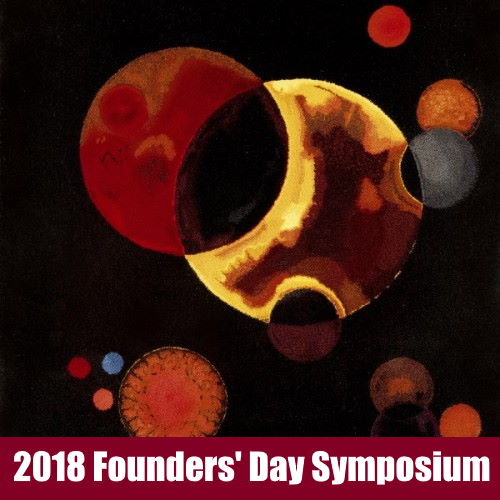 Three keynote speakers present on topics that synthesize various possible responses to the challenging complexities of the cultural, political, and environmental chaos that currently both unites and divides humankind. It was recorded on March 24, 2018. The symposium contains the following lectures (click on titles to purchase individually):

-  Richard Tarnas, PhD | A Kairos Moment in an Archetypal Cosmos

Audio: An audio mp3 of each talk, and the panel discussion, is included in this download.

Phantom Narratives: The Unseen Contributions of Culture to Psyche
What Toni Morrison has called “unspeakable things unspoken,” such as class hatred, racism, xenophobia, and misogyny, burst forth in our current political life as realities that refuse to die.  Phantom narratives of long past injustices reveal themselves as undead presences capable of destroying social and emotional bonds.  What underground rivers in our cultural life do these emotional currents reveal?

Samuel Kimbles, PhD is a clinical psychologist, training analyst, and member of the faculty of the C. G. Jung Institute of San Francisco, and a clinical professor (VCF) in the Department of Family and Community Medicine, University of California, San Francisco. Between September 1, 2008 and August 31, 2010 he served as president of the C. G. Jung Institute, San Francisco. He has lectured and presented papers on topics related to the theory and practical applications of analytical psychology to professional and lay audiences throughout the United States, Africa, and Europe. He is a clinical consultant and has taught at the San Francisco Jung Institute, colleges, and universities. In addition, he has trained mental health and analytic professionals on working with the unconscious life of groups. His published work on the cultural complex is a significant contribution of the application of analytical psychology to the study of groups and society. His previous book on cultural complexes was with Tom Singer, The Cultural Complex: Contemporary Jungian Perspectives on Psyche and Society (Routledge, 2004). He is author of Phantom Narratives: The Unseen Contributions of Culture to Psyche.

Catharine J. Jones, LCSW
Myth and Mindfulness: A Creative Response to Conflict
Catharine J. Jones examines our current personal identities as Americans from an analytical, psychological perspective, and explores the potential of confronting otherness through the myth of Anteros and Eros, addressing authoritarian vs. authoritative views in our complex, “overshadowing” political environment, where mindfulness aids in understanding others and ourselves.

Catharine J. Jones, LCSW, MDiv, past president and past Director of Training at the C. G. Jung Institute of Chicago, serves on the faculty of the Analyst Training Program as well as the Jungian Psychotherapy Program/Jungian Studies Program at the Chicago Institute. She has lectured nationally and internationally on attachment, trauma, and cultural issues. She is interested in Jung’s concept of Complex Theory, as the interface of psyche/soma, and the implications for clinical work, as seen with dream work and a sensorimotor focus. Ms. Jones is interested in the expanding field of analytical psychology and the promising implications for the growth of work on cultural complexes, specifically racism, as utilized in group work. Ms. Jones is a member of the Chicago Society of Jungian Analysts and the Inter-Regional Society of Jungian Analysts.

Richard Tarnas, PhD
A Kairos Moment in an Archetypal Cosmos
Our civilization, and indeed the Earth community itself, seems to be facing a threshold of fundamental transformation that bears a striking resemblance to what takes place on the individual level in initiatory rites of passage, near-death experiences, spiritual crises, and critical stages of what Jung called the individuation process. Can we find a place of equilibrium, an eye in the storm, from which we can engage this time of intense polarization and radical change? And in such an era of transition, what is the role of “heroic” communities, such as Jungian associations, which carry principles and perspectives that run counter to the mainstream modern world view? To help us navigate this threshold of transformation, we need multiple perspectives and sources of insight. In this talk Richard Tarnas will draw on depth psychology and archetypal astrology, philosophy, religion, and cultural history to glimpse a larger context for both understanding and action.

Phantom Narratives: The Unseen Contributions of Culture to Psyche

Myth and Mindfulness: A Creative Response to Conflict