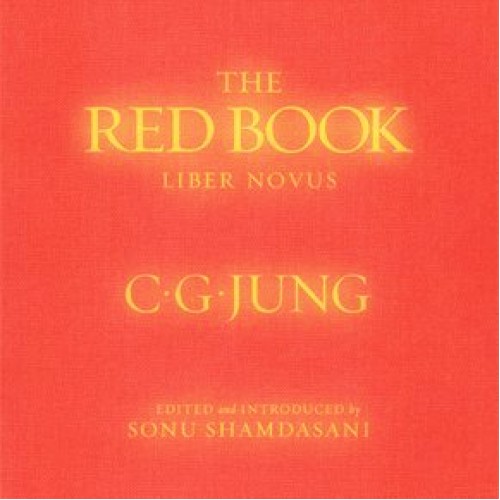 Beyond the Red Book

This five-part lecture series will explore Jung’s ideas as they developed from The Red Book through his last work, Man and His Symbols.  Participants will come away with an understanding of the key achievements of Jung’s thought: the reality of psychic life, the transcendent function, the significance of alchemy, and the individuation process and their applications to personal and professional life.

This series is a sequel to our Red Book Series.

Courses (click on titles for more information and sample videos)

Approaching the Unconscious: The Matrices of Jung’s Analytical Psychology
Ken James, PhD
Learn the major milestones in the development of Jungian psychology, how Jung’s articulation of these theoretical aspects relate to his historical milieu, and the influence of the unconscious on both of these sets of phenomena. The symbol is explored as a means of understanding one’s relationship to life, time, and the unconscious.

Anima & Animus: Exploring the Internal and External Other
Barbara Friedman, PhD & Daniel Ross, RN, PMHNP
The presenters relate Jung’s explorations in the Red Book to his later theory of the anima and animus, the feminine principle operating within men and the masculine principal operating within women. They follow the relevance of his theory to our postmodern and less essentialist times.

Persona and Shadow in Political Life
Catharine Jones, MDiv, LCSW & Rinda West
This course considers how Shadow projections complicate and contaminate public life, particularly in relation to issues of race and the environment. Shadow projections burden minorities with distorted cultural perceptions, and fearful projections onto the natural world have distanced us from the healing that nature can offer.

The Self and Contemporary Spiritual Thought: Ego in Relationship to the Other
George Didier, PsyD, DMin & Bill Schmidt, PhD
Explore Jung’s discovery of the religious-making capacity of the psyche and its mythologizing function, emphasizing the far reaching ramifications of Jung’s idea of the Self.

Speakers
Ken James, PhD maintains a private practice in Chicago, Illinois.  His areas of expertise include dream work and psychoanalysis, archetypal dimensions of analytic practice, divination and synchronicity, and ways to sustain the vital relationship between body, mind and spirit.  He has done post-doctoral work in music therapy, the Kabbalah, spirituality and theology, and uses these disciplines to inform his work as a Jungian analyst. soulworkcenter.org

Barbara Friedman, PhD is a Jungian analyst and licensed clinical psychologist. She is also certified in addictions counseling and yoga instruction. She completed five years of training at the Gestalt Institute of Greater Cleveland in individual, group and intimate systems work. Barbara is the author of Partners in Healing: Redistributing the Power in the Counselor Client Relationship. Her community service includes The Cuyahoga County Drug Abuse services Board and The C. G.  Jung Educational Center of Cleveland, where she was a founding member. After years of service in addictions and mental health agencies, Barbara moved into private practice. She sees individual, couples and small groups in Chicago, Illinois. She defines her mission as advocating change in the power dynamic, between people and within the psyche, so that each of us can live out our truest and fullest nature.

Dan Ross, RN, PMHNP has been a nurse for 34 years and in hospice for 27 years. As a Psychiatric Mental Health Nurse Practitioner he brings both a medical and psychiatric experience to the field of end-of-life care. He is a Certified Jungian Psychotherapist and is in training to become a Jungian Analyst at the C.G. Jung Institute of Chicago. He is Director of Clinical Services at Heartland Hospice and oversees the quality of hospice programs in five states. He trains clinicians in the field of hospice and palliative care and is in private practice as a psychotherapist in Chicago focusing on end-of-life care.

Judith Cooper, PsyD is a clinical psychologist and diplomate Jungian Analyst in private practice in Chicago. She is a graduate and member of the C. G. Jung Institute of Chicago. She was adjunct faculty at the Illinois School of Professional Psychology (1999-2000), teaching projective testing. She was clinical supervisor (1991-2002) and director of training (1998-2002) of an APA-accredited psychology internship program at a community mental health center in northwest Indiana. She has taught in the Analyst Training Program and lectured on the anima/animus, and the clinical use of film.

Suzanne Rosenthal, PhD is a Jungian analyst and Clinical Psychologist in private practice in Winnetka, IL. She completed her at the C.G. Jung Institute of Chicago in 1996 after earning her doctorate (psychology) and master’s degrees (film studies) from Northwestern University. She is currently a faculty member of the Analyst Training Program and the Clinical Training Program and is a member of the ATP oversight committee. Sue includes in her years of clinical experience teaching and supervising at the graduate level at Loyola University, Northwestern, and the Illinois School of Professional Psychology Sue has served on the Executive Board of the Institute and on the Admissions, Candidacy and Program Committees. She chaired the committee that established the original Jungian clinic in Evanston. Highlights of her work include papers and workshops on themes of ‘longing for home’ and the clinical use of myths, fairy tales, and film.

Catharine Jones, LCSW, MDiv is past president of the C.G. Jung Institute, past director of training, serves on the faculty of the Analyst Training Program as well as the Jungian Psychotherapy Program at the C.G. Jung Institute of Chicago. She has lectured nationally and internationally. She is interested in Jung’s concept of Complex Theory, as the interface of psyche/soma, and the implications for clinical work, as seen with dream work and a sensorimotor focus. Especially, the post Jungian work in archetype, attachment theory, and neurobiology and the relationship between image and analytical psychological theory. Ms. Jones is interested in the expanding field of analytical psychology and the promising implications for the growth of work of cultural complexes, specifically racism, as utilized in group work. Of clinical interest is the field of trauma and healing from trauma. She works with individuals and couples and groups. Ms. Jones, is also an affiliate member of Inter-Regional Society of Jungian Analysts; she has held chair of Ethics Committee and a Review Committee, as well as served on exams.

Rinda West earned her PhD at the University of Leeds (England) in English literature.  She has taught at the University of Chicago, Oakton Community College, and Canterbury Christ Church University in England.  Her book, Out of the Shadow, explores paths to healing the rift between humans and nature in Western culture.  She is currently a landscape designer in Chicago, specializing in native plants and family-friendly gardens. rindawestdesigns.com

George Didier, PsyD is a clinical psychologist, pastoral psychotherapist and a diplomate Jungian Analyst in private practice in Rockford and Crystal Lake, IL. After graduate studies he was ordained a catholic priest and served the Diocese of Rockford for 10 years. During this time, he also went back to school and earned a doctorate in pastoral psychotherapy. He left the priesthood after 10 years, married and changed careers, going back to school again to earn a doctorate in clinical psychology. After graduation he worked as a psychologist and teacher at the University of Illinois, College of Medicine, Rockford, while developing his private practice. Dr. Didier was a founding member of the Center for Wholistic Counseling at Resurrection, in Woodstock, IL, serving as clinical director of the Center from 1995 to 2007.

Bill Schmidt, PhD is an Associate Professor of the Institute of Pastoral Studies of Loyola University Chicago.  He was the Graduate Program Director at IPS for degrees in both Pastoral Counseling and Spirituality for over ten years.  He is a Diplomate with the American Association of Pastoral Counselors, and Editor of the Journal of Spirituality in Mental Health (Taylor and Francis/Routledge).  His research interests include the interface of Psychology, Theology, and Spirituality.  His specific current focus addresses the theme of contemporary Pilgrimage as a resource for personal growth, transformation, and healing.

Approaching the Unconscious: The Matrices of Jung's Analytical Psychology

Anima & Animus: Exploring the Internal and External Other

Persona and Shadow in Political Life

The Self and Contemporary Spiritual Thought