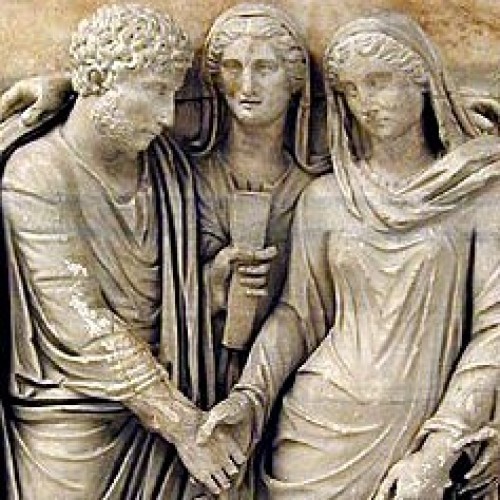 The archetypal “Feminine” is back, and She’s…”unhappy.” From “Me Too,” to the trial of Larry Nassar, to the rising refusal of young adults to be defined as either “male” or “female,” opting instead for the more neutral pronoun “they,” evidence of profound change is all around us. Neumann and Whitmont tell us that consciousness can be conceived as having evolved through stages, beginning the archetypal Great Mother. Several thousand years ago, this feminine consciousness was repressed in the service of the development of “Masculine” ego consciousness, which has, for better and worse, been accomplished. We now have considerable “ego strength” but no connection to anything beyond it, hence, a good deal of turmoil in a world that feels untethered, without purpose or direction.  Both “Feminine” and “Masculine” dominated cultures were necessarily one-sided otherwise each could not have developed. But, what is next? And, what is required of us so that the new “third” can emerge?

In this class we will dive deeply into the bigger story at play here – the deep, archetypal dynamics and the wisdom behind them. We will begin to think about, observe, and imagine, the next phase of consciousness. Rather than simply enacting each stage via identification, we can step back and consciously embrace the gifts and costs of each, for men and women. By holding both in a conscious, creative tension of opposites, we can facilitate the emergence of the Mercurial “Divine Child.”

This seminar is part of the series Root Awakenings. Each year represents new beginnings whether in one’s inner or outer life. As this alchemical image suggests, a hand reaches down from a cloud into the "Tree of Darkness and Light", its two halves depicting both ripe and blackened fruits, life and death, into roots of both light and shadow, with the vision of multiple stars and all seeing eyes. Each new season offers a potential reflective return to the fertile ground of one’s roots and rootedness: a chance to humbly acknowledge, and potentially awaken to consciousness the mysterious, prescient and creative energy that dwells in our personal and collective roots. This series, Root Awakenings, honors Jung’s deep affinity for exploring the psychological depths of our interrelated and interdependent lives. We will seek to integrate the literal and symbolic roots of individuals, family, community, and society at large to strengthen our collective resilience for all beginnings as ongoing initiation.

Life has always seemed to me like a plant that lives on its rhizome. Its true life is invisible, hidden in the rhizome. When we think of the unending growth and decay of life and civilizations, we cannot escape the impression of absolute nullity. Yet, I have never lost a sense of something that lives and endures underneath the eternal flux. What we see is the blossom, which passes. The rhizome remains. - C G Jung, Memories, Dreams, Reflections (1962)

Laraine Kurisko received her PhD in Clinical-Depth Psychology from Pacifica Graduate Institute in 2000 and Diplomate Jungian Analyst from the C. G. Jung Institute of Chicago in 2016. Prior to beginning Analyst training in Chicago she attended the MN Seminar in Jungian Studies for nine years and the Philadelphia Seminar in Jungian Studies for one year. She has worked as a psychologist since 1987, and is currently in private practice in Eden Prairie. A Canadian by birth, she and her family enjoy their annual pilgrimage to their cottage near Sault Saint Marie, Canada, on the shores of Lake Superior.

Jung's Concept of the Animus