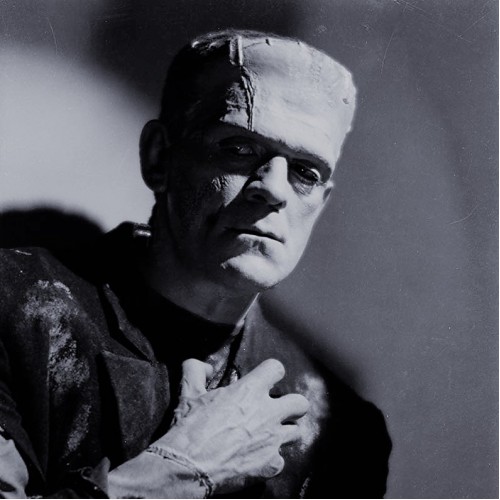 This event has been cancelled

Join us as we enter the world of Frankenstein and the Act of Creation from both a psychological and theatrical perspective. We will explore the intentions and obstacles of the characters in the Frankenstein story in order to begin to better understand ourselves. We will examine the process of creating a production, and how this work reflects what it means to be human in an increasingly technology-obsessed world, lacking in adequate human relatedness. Come prepared to participate, learn, engage, create, and play!

1) Explore Frankenstein through a Jungian analytic perspective and experiential learning, in order to look inside themselves;
2) Explore the roles and the characters of the play, as a way of getting in better touch with themselves;
3) Recognize how theater can help identify what is moving them, so they can work with those feelings intentionally;
4) Experience, see, and understand, through experiential character development, more about their own complexes.

This is a three-day workshop; single-day attendance is not available

Nick Bowling, MFA was the founding Artistic Director of TimeLine Theatre Company and is now Associate Artistic Director. He is the recipient of eight Jeff Awards for Outstanding Direction, most recently for Ragtime at the Marriott Theatre, as well as The Normal Heart, The History Boys, Fiorello!, This Happy Breed, and The Crucible at TimeLine, Sondheim on Sondheim at Porchlight, and Another Part of the Forest at Eclipse Theatre. He received Jeff Award nominations for Blood and Gifts, The Farnsworth Invention, Hauptmann, and The Lion in Winter at TimeLine, Man of La Mancha, The King and I, and City of Angels at the Marriott, and Closer Than Ever at Porchlight Music Theatre. Other recent credits at TimeLine include Master Class, The Audience, A Disappearing Number, The Last Wife, Danny Casolaro Died for You, Juno, 33 Variations, and My Kind of Town. Other Chicago credits include Marriott’s Bridges of Madison County, Northwestern University’s Guys and Dolls and Cabaret, Porchlight Music Theatre’s A Catered Affair, Writers Theatre’s Bach at Leipzig, Shattered Globe Theatre’s Time of the Cuckoo and Frozen Assets, and Rivendell Theatre’s Factory Girls, among others. Upcoming projects include TimeLine’s Oslo and Marriott’s Oliver!

Lynne Copp, PhD is Faculty Director Emeritus of the University Internship Program and former Chair of the Experiential Learning Committee at DePaul University. She also received DePaul’s highest honor, the Via Sapientiae Award, for distinctive and extraordinary service. Lynne received her PhD in Mythological Studies from Pacifica Graduate Institute in 2000. At the C G Jung Institute of Chicago, Lynne has served on the Program Committee for four years.

Daniel Ross, PMHNP is a psychiatric nurse practitioner and Certified Jungian Psychotherapist working in private practice. He completed the Clinical Training Program at the C G Jung Institute in Chicago and is currently a Senior Candidate in the Analyst Training Program. He has worked as a nurse for 40 years and in hospice for 30 years. His goal is to integrate Analytical Psychology into the field of End of Life Care.

Deborah P. Stutsman, MA, LPC, ATR-BC is a Jungian Analyst trained at the C G Jung Institute of Chicago, holding a Bachelor in Fine Arts from Washington University in St. Louis, a Masters in Art Therapy from Southern Illinois University Edwardsville, and she is a Licensed Professional Counselor. Her background in art, graphic design, and art therapy uniquely qualifies her for work with image, dreams, metaphor, and active imagination in creative depth analysis as well as in experiential group process. She is a past president of the C G Jung Society of Saint Louis, and Adjunct Professor at the Brown School of Social Work, Washington University in St. Louis.