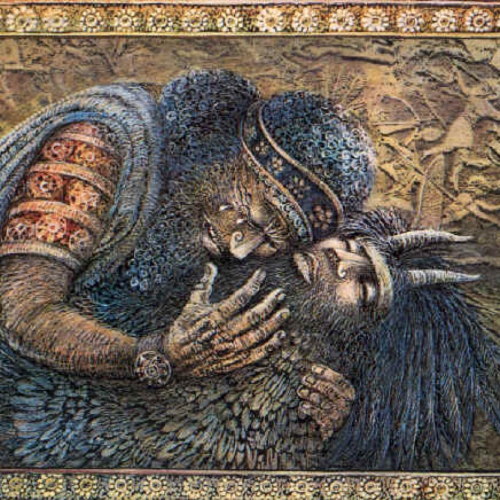 FREE DOWNLOAD: This seminar is now available for free through the Jungianthology Podcast.

The Spirit of the Times shapes our heroic attitude toward disease and death. Instead of the initiatory experience that fear of death can provide, we are paralyzed in our fear and cling to images of immortality found in modern medical institutions. The Affordable Care Act's provision of reimbursing medical practitioners for having end-of-life discussions with patients with life-limiting illnesses constellated a collective panic. The cultural complex distorted these simple end-of-life discussions (brilliantly discussed in the best-selling book by Atul Gawande, Being Mortal) into what were called "Death Panels." The fear was that a group of professionals would sit around and decide whether we  should live or die. What was behind this cultural complex?

When we are forced to engage with the healthcare industry through illness, we are carried along a hero's journey to treat death as the ultimate evil, and, in the process, we miss the transformative opportunities an encounter with death can provide. How did modern medicine come to carry for us the image of immortality?

In this program, we will use myth, literature, and film to explore the Spirit of the Depths to better understand the archetypal underpinnings of modern medicine’s relationship to death and immortality. Gilgamesh was terrified of death and he sought an elixir of life from the gods. When he acquired the plant that would provide him with eternal life, it was taken from him by a snake while he bathed, and, as it departed, the snake sloughed off its skin. How did we move so far from such a beautiful metaphor for the transformative powers of death? How does modern medicine convince us it holds the elixir of life only to leave us feeling betrayed when we realize it doesn't? The Spirit of the Depths holds a wisdom about our contemporary struggle between life and death, and the role of modern medicine has taken in that struggle.

But from Gilgamesh to the present, humankind forgot a wisdom that can only be recovered from the Spirit of the Depths.

1) Describe how the Spirit of the Times shapes our heroic attitude towards illness and death.

2) Verbalize how Jung's concept of the shadow emerges in the story of Gilgamesh.

3) Describe your everyday experience of the shadow when you encounter sickness and death.

Dan Ross, RN, PMHNP has been a nurse for 40 years. He has worked extensively as Director of Clinical Services in the field of home health care and hospice. As a Psychiatric Mental Health Nurse Practitioner, he brings both a medical and psychiatric experience to his work. He currently works part time in the field of Palliative Care and Hospice as a Nurse Practitioner, visiting patients in their home or nursing facility helping them in their transition to hospice. He is also a Jungian Analyst in private practice in downtown Chicago.