Interview with the Facilitators

Want to learn more? Listen to an interview with the facilitators of the MDR Program on the Jungianthology Podcast 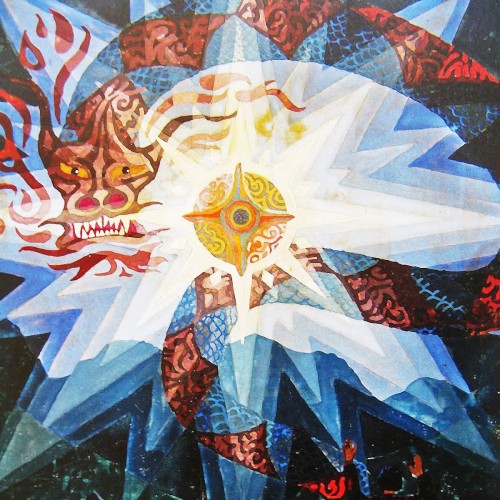 With the health and well-being of our community in mind, we have cancelled this event.

"The spirit of this time in me wanted to recognize the greatness and extent of the supreme meaning, but not its littleness. The spirit of the depths, however, conquered this arrogance, and I had to swallow the small as a means of healing the immortal in me. It completely burnt up my innards since it was inglorious and unheroic. It was even ridiculous and revolting. But the pliers of the spirit of the depths held me, and I had to drink the bitterest of all draughts." - C G Jung, The Red Book, Liber Novus (2009)

Students: Use the coupon code "fdstudent" on the cart page. After checkout, email a photo of your student id to jung@jungchicago.org to confirm registration.

Featured Speaker: Fanny Brewster, PhD, MFA, LP
Held by Spirit
Our psychological work as human beings requires constant reflection on that which is visible in our collective. When social, political, economic times are at their worst, there remains an even greater inner call of spirit to respond to the unconscious self. The bridge between ego and unconscious requires ego strength, compassion, and a willingness to suffer. The spirit of the times challenges us with cultural and ethnic conflict as the spirit of the depths demands that we move inward to a deeper understanding of sustaining that which is immortal and archetypal in each one of us. We will explore and consider consciousness of ego—individual and collective, as well as the psychic, unconscious material of complexes and archetypes that influence our lives as human beings.

Dr. Fanny Brewster is a Jungian analyst, and a professor at Pacifica Graduate Institute. She is a writer of nonfiction including African Americans and Jungian Psychology: Leaving the Shadows (Routledge, 2017), Archetypal Grief: Slavery’s Legacy of Intergenerational Child Loss (Routledge, 2018) and The Racial Complex: A Jungian Perspective on Culture and Race (Routledge, 2019). Her poems have been published in Psychological Perspectives Journal where she was the Featured Poet. Dr. Brewster is an international lecturer and workshop presenter on Jungian related topics that address Culture, Diversity, and Creativity. She is a faculty member at the New York C. G. Jung Foundation and the Philadelphia Association of Jungian Analysts.

1) Identify Jung's Theory of Complexes and its influence on psychological behaviors both individually and on a collective level.
2) Recognize characteristics of the Racial Complex as developed from Jung’s initial investigation of the Word Association Experiment.
3) Identify cultural and intergenerational trauma and their relationship to racism and raciality in the American collective.

Ronnie Landau MA, LPC
Dreams In Times of Turmoil
Depth Psychologist Carl Gustav Jung provided a significant contribution to the understanding and interpretation of dreams beginning with his own. Of particular inspiration for Jung were his dreams after his painful rupture with Freud in 1913. This external event contributed to Jung's psychological descent, his confrontation with soul, his "creative illness." His dreams, drawings, and active imaginations during this time period became the contents of Jung’s Black Books followed by The Red Book. As Jung's profoundly transformative inner life journey unfolded, a World War was simultaneously breaking out. Jung in his later years connected the two events. As we currently reflect on the spirit of the times and the depth of the times, Jung's design and theory of dreams and their interpretation is perhaps a critical necessity for mankind. The notion of attending to a dream practice as a political and ethical function is not a new idea. The Greeks commonly viewed dream activity as a civic practice. Awareness of cultural trauma has grown heavy on the shoulders of humanity. How might dreams help to inform and potentially serve as a healing agent during times of turmoil? This presentation will take up the topic with particular attention to the collection of dreams during WW2 Nazism by the German journalist Charlotte Beradt. The notion of dreaming is itself a practice of freedom and a practice of soul-making.

Ronnie Landau MA, LPC, is a Certified Jungian Psychoanalyst and senior training analyst with the Inter-Regional Society of Jungian Analysts and the Philadelphia Association of Jungian Analysts. Her private practice is in Philadelphia, Pennsylvania. Ms. Landau has served the Jungian community in her roles as past President (Philadelphia Association of Jungian Analysts) and past Director of Training. She is currently President Elect for CNASJA. Ms. Landau lectures widely throughout the U.S. and Zurich, Switzerland. She is the author of The Queen of Sheba and Her Hairy Legs: The Exile and Redemption of the Erotic Feminine in Western Monotheism and Jungian Process. Ms. Landau is currently interested in cultural trauma, genocide, and the impact of these forces on the psyche and the collective. Her labradoodle Jack along with her husband and children are the greatest sources of joy.

Don L Troyer, MD
Eros and Emptiness in the 21st Century: The Mandala Speaks
This presentation will revisit Jung’s declaration that there exists a widespread crisis of sterility in contemporary consciousness due to a culture of exaggerated skepticism and materialism. This emptiness fosters anxiety, despair, loss of meaning, and addiction. Unearthed by trauma, this emptiness plunges us into a longing for Eros. The figure of Eros in classical mythology grants us images of this powerful, but complex and ambivalent encounter. Engaged, incarnated Eros in the forms of dream work, active imagination, creative expression, and active work on relationships can birth a transformation that “quickens the sterile wilderness of the soul as rain quickens the earth” (Jung). The ancient and worldwide experience of the mandala, a symbol of the Self, can emerge in these forms to contain and channel affect-images from the archetypal realm to grant a relationship with the living psyche.

Don L. Troyer, MD, is a graduate of Case Western Reserve University School of Medicine and the Analyst Training Program of the C. G. Jung Institute of Chicago. He is a Senior Training Analyst there. Board Certified in Family Practice, he serves on the Board of Apple Farm Community, a Jungian contemplative community in Three Rivers, Michigan. He is in practice in Kalamazoo, Michigan.

1) Describe the roots of the crisis of sterility in modern culture resulting in skepticism and materialism.
2) Articulate understandings of the impact of Eros on human consciousness.
3) Discuss the mandala’s significance as a medium for transmission of archetypal “affect-images."

Trauma and the Soul