The C.G. Jung Institute of Chicago is currently closed to all in-person gatherings to ensure the health and safety of our membership and program participants during the Covid-19 pandemic. All educational programming, meetings, and operations will remain on-line until such time that it is safe to gather in-person once more and there is full use of our Monadnock space. We continue to monitor the situation closely for the time when we can resume in-person gatherings at the Institute and anticipate that this may happen in January 2022. The decision to return to in-person gatherings will be based on CDC guidelines and State and City mandates. Appropriate health and safety protocols for vaccinations, mask-wearing, hand sanitizing, and surface-room cleaning will be instituted with the resumption of in-person gatherings. 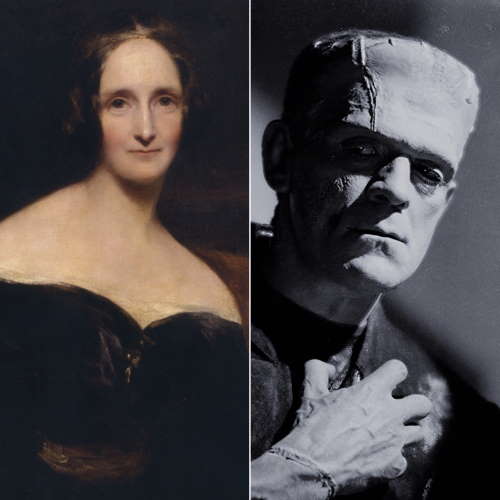 To the Gods and Monsters in Mary Shelley's Frankenstein

In these times of biological and social unrest, where it is easy to project onto the other that which we reject in ourselves, no literary work is more relevant. We will explore Shelley’s original story of Frankenstein which places us in the middle of a psychological, social, and spiritual problem that is the problem of today. Frankenstein’s creature was never loved, never initiated into the world, and he slipped back into the sea as if into the collective unconscious where he resides now. Victor Frankenstein dies never allowing himself to be changed by his creation. We will contrast the creature and his creator and this dilemma with the 20th century iterations of the story through film. In a way, the films served to try to remedy the problem the original story spawned. In some films, the creature is demonized and more recently idealized. How does this collapse of the basic tension of the original story reflect the Spirit of the Times we now live in? Our seminar will seek to restore the original tension of Shelley’s story, understand its archetypal underpinnings and, through engaging with the Spirit of the Depths, gain a new perspective on our contemporary struggles.

Questions remain to this day as to how Mary Shelley created this literary masterpiece. What compelled and enabled a young girl, without a formal education, to write a dark and mesmerizing story about an ambitious young scientist, who creates a grotesque but vaguely human creature and the misery that results from his creation. What kind of a person would write such an appalling story? Where did the idea of a violent and deadly conflict between creator and detested creation come from?

Written over 200 years ago, Shelley’s Frankenstein speaks to our wish to play God: to continually increase the scope of our technologies, to marginalize and reject certain individuals, and to disregard the dangers of destroying nature. Shelley was born in London in 1797 and wrote her classic work when she was only 18 years old. At that young age, she already saw the consequences of misusing science and technology to further dangerous and unrealistic objectives.

We will examine how and why Mary Shelley wrote Frankenstein and explore “the monsters within” that influenced her life and her novel. It was the Spirit of the Depths which finally allowed Mary to write Frankenstein. The book served as a sort of therapy for Mary. Her traumas – with their high emotional charge – were released onto the pages of the novel. It is a vivid example of how the negative effects of traumatic losses can be reduced by projection and how the wisdom of dreams can be a catalyst for disclosing what we truly hope for and what we fear.

PDF: A short summary of the book will be included with the download

PowerPoint: The slides and videos are embedded in the video

Audio: An audio MP3 will be included with the download

After this course, viewers will be able to:

1) Recognize our potentially dangerous trajectory as we pursue our obsession with science, technology, and our desire to act as gods;

2) Articulate how the traumas of misogyny, personal losses, and abandonment can be integrated into one’s life and used for personal transformation; and

3) Understand how Jung’s concepts of the animus, trickster, puer aeternus, shadow, and initiation affected Mary Shelley and her novel.

• Frankenstein:  The 1818 Text. (A summary of Frankenstein will be emailed to you after registration.)

Lynne Copp holds a PhD in Mythological Studies from Pacifica Graduate Institute. She is Emerita Faculty Director at DePaul University and former Chair of DePaul’s Experiential Learning Committee. Lynne also received DePaul’s highest honor, the Via Sapientiae Award, for distinctive and extraordinary service. At the Jung Institute of Chicago, Lynne has served on the Program Committee for four years.

Daniel Ross, RN, PMHNP has been a nurse for 40 years and in hospice for over 30. As a Psychiatric Mental Health Nurse Practitioner, he brings both a medical and psychiatric experience to the field of end-of-life care. He is a Jungian Analyst at the C. G. Jung Institute of Chicago. Dan works in the field of Hospice and Palliative Care and is in private practice as a psychotherapist in Chicago.