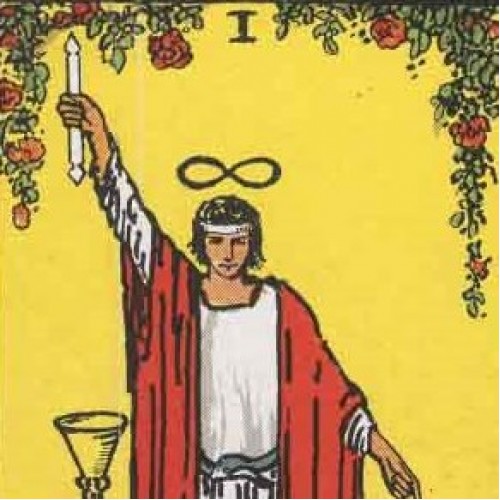 The Tarot, a deck of seventy-eight cards, occupies a niche in Western mysticism and divination akin to that of the I Ching in the East. Long considered simply a superstitious system of “fortune telling,” the Tarot is largely ignored in academic circles and is often met with disdain in clinical circles. This is unfortunate, since the structure of the Tarot and its use in divination mirrors the structure and dynamics of the psyche as understood in Jungian psychology.

Among Jungians, the study of divination systems, such as the I Ching, Astrology, and the Tarot, is considered just another aspect of the study of the mind. Analytical Psychology’s consideration of these systems is predicated on Jung’s understanding of synchronicity. Events that occur in rapid succession or simultaneously in space/time can be understood not only through possible causal relationships, but also by investigating the meaning that arises in the psyche of the percipient when confronting these events. Divination systems, including the Tarot, may be thought of as means of invoking synchronicity, rather than waiting for synchronistic events to occur.

In this class, participants will examine the divination system of Tarot cards from the perspective of synchronicity and will explore the use of the Tarot to investigate questions of interest. Several simple ways of reading the cards will be presented, and students will have an opportunity to receive guidance in reading the Tarot from a Jungian perspective through coaching and peer practice. All participants are expected to bring their own deck of Tarot cards, preferably the Rider-Waite deck, available at many stores and through internet retailers such as Amazon.

Learning Objectives
As a result of attending this program, participants will be able to:

1) Explain the major and minor arcana and their relationship to the personal and collective unconscious.
2) Use the Tarot as a means of active imagination, to better understand their own process of individuation.
3) Describe the relationship of the Tarot to synchronicity, and the value of divination for enhancing an appreciation of life experience.

Dr. James maintains a private practice in Chicago, Illinois.  His areas of expertise include dream work and psychoanalysis, archetypal dimensions of analytic practice, divination and synchronicity, and ways to sustain the vital relationship between body, mind and spirit.  He has done post-doctoral work in music therapy, the Kabbalah, spirituality and theology, and uses these disciplines to inform his work as a Jungian analyst.

Photo is a card from the Rider-Waite-Smith deck published in the US in 1909, and no longer under copyright in the US. This is NOT the modified and recoloured US Games version published in 1971 (which is still under copyright). Link: https://en.wikipedia.org/wiki/File:RWS_Tarot_01_Magician.jpg