Who was Carl Jung?

Carl Gustav Jung was a Swiss psychiatrist, and founder of analytical psychology. Jung met Sigmund Freud in 1907, and became the first president of the International Psychoanalytic Association when it was formed. He broke with Freud in 1912, when Jung published his revolutionary Psychology of the Unconscious, which postulated two dimensions of the unconscious -- the personal (repressed or forgotten content of an individual’s mental and material life), and what he termed the collective unconscious (those acts and mental patterns shared either by members of a culture or universally by all human beings). Under certain conditions these manifest themselves as archetypes -- images, patterns, and symbols that are often seen in dreams or fantasies and that appear as themes in mythology, religion, and fairy tales. In Psychological Types (1921) Jung elucidated extroversion and introversion. He held the most significant task for any person to be the achievement of harmony between the conscious and the unconscious. The definitive edition of his collected works in English translation was published between 1951 and 1979.

What is Analytical Psychology?

In 1913, the year when Jung left the psychoanalytic movement, he used the term analytical psychology to identify what he called a new psychological science seen by him as having evolved out of psychoanalysis. At a later date, when he was firmly established in his own right, he referred to the ’psychoanalytic method’ of Freud and the ‘individual psychology’ of Adler, and said that he preferred to call his own approach ‘analytical psychology’ by which he meant a general concept embracing both, as well as other endeavors.

Jung always asserted that his psychology was a science and empirically based. Therefore, in general usage today, analytical psychology embraces theory, writing, and research as well as psycho-therapeutic practice. The international professional association of Jungian analysts is called the International Association for Analytical Psychology.

Jung’s statements on theory and method are now compiled and available in some twenty volumes of the Collected Works along with separate collections of correspondence, remembrances and interviews, as well as biographical writings. A short definition of précis of each of the main ideas of analytical psychology was printed as part of Psychological Types in 1921. These include the definitions of psychic energy which Jung saw as having its source in the instincts, otherwise being comparable to and governed by the same principles as physical energy, with the exception that psychic energy has not only a cause but also an aim; the unconscious viewed as complementary to consciousness and functioning both as a repository of former personal experiences as well as universal images, referring to the way in which the unconscious communicates itself to consciousness, revealing the latent imagery which underlies and motivates an individual by way of the complex and evident in attitudes, actions, choices, and dreams as well as illnesses; the human psyche constellated in sub-personalities or archetypal representations identifiable as Persona, Ego, Shadow, Anima, Animus, Wise Old Man, Great Mother and the Self; finally, Individuation seen as the process which in the course of a lifetime leads a person to a unification of his personality which is expressive of his basic wholeness. These are the underlying precepts upon which a psychotherapy has developed which employs a synthetic and hermeneutic as opposed to reductive approach.

Jung also wrote extensively in the field of the psychology of religion. At different times in his life he was interested in paranormal phenomena, individual typology, and alchemy as well as other more widespread cultural subjects. Hence, analytical psychology has become a term of wide-ranging application as well as of professional significance. 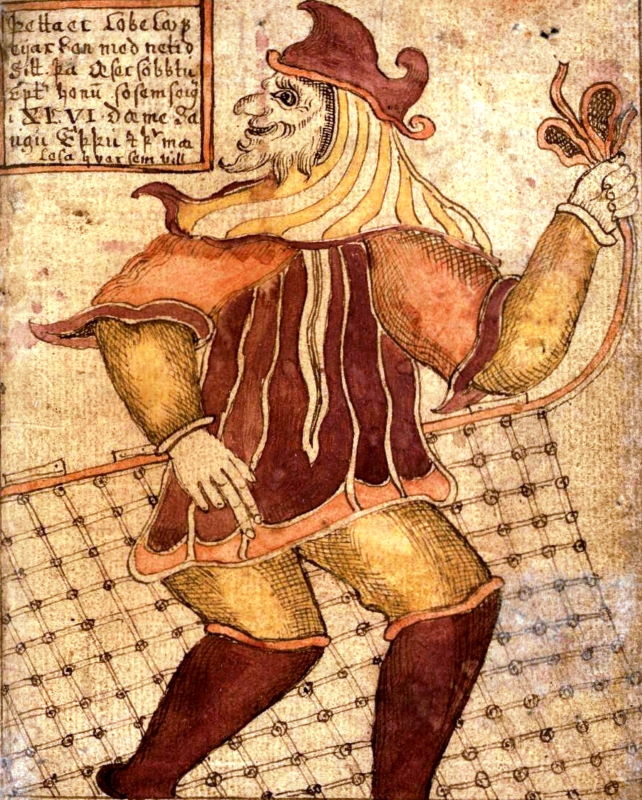 The inherited part of the PSYCHE; structuring patterns of psychological performance linked to INSTINCT; a hypothetical entity irrepresentable in itself and evident only through its manifestations. The archetype is a psychosomatic concept, linking body and psyche, instinct and image. This was important for Jung since he did not regard psychology and imagery as correlates or reflections of biological drives. His assertion that images evoke the aim of the instincts implies that they deserve equal place.
Archetypal patterns wait to be realized in the personality, are capable of infinite variation, are dependent upon individual expression and exercise a fascination reinforced by traditional or cultural expectation; and, so, carry a strong, potentially overpowering charge of energy which it is difficult to resist (someone’s ability to do so being dependent upon his stage of development all being dependent upon his stage of development and state of CONSCIOUSNESS). Archetypes arouse AFFECT, blind one to realities and take possession of WILL. To live archetypally is to live without limitations (INFLATION). To give archetypal expression to something, however, may be to interact consciously with the COLLECTIVE, historic image in such a way as to allow opportunities for the play of intrinsic polarities: past and present, personal and collective, typical and unique.

All psychic imagery partakes of the archetypal to some extent. That is why dreams and many other psychic phenomena have numinosity. Archetypal behaviours are most evident at times of crisis, when the EGO is most vulnerable. Archetypal qualities are found in SYMBOLS and this accounts in part for their fascination, utility and recurrence. GODS are METAPHORS of archetypal behaviors and myths are archetypal ENACTMENTS. The archetypes can neither be fully integrated nor lived out in human form. Analysis involves a growing awareness of the archetypal dimensions of a person’s life.

Complex
The notion of a complex rests on a refutation of monolithic ideas of ’personality’. We have many selves as we know from experience. Though it is a considerable step from this to regarding a complex as an autonomous entity within the psyche, Jung asserted that ’complexes behave like independent beings’ (CW para. 253). He also argued that ’there is no difference in principle between a fragmentary personality and a complex... complexes are splinter psyches’ (CW 8, para. 202).
It is also important to remember that complexes are quite natural phenomena which develop along positive as well as negative lines. They are necessary ingredients of psychic life. Provided the ego can establish a viable relationship with a complex, a richer and more variegated personality emerges. For instance, patterns of personal relationship may alter as perceptions of others undergo shifts.

In analysis, use may be made of personifications arising from complexes; the patient may ‘name’ the various parts of himself. Current interest in the theory of complexes arises from its usefulness in describing how the emotional events of earlier life become fixed and operative in the adult psyche.
A complex is a collection of images and ideas, clustered round a core derived from one or more archetypes, and characterized by a common emotional tone. When they come into play (become ’constellated’), complexes contribute to behavior and are marked by affect whether a person is conscious of them or not.

They are particularly useful in the analysis of neurotic symptoms.

Ego
On his map of the psyche, Jung was at pains to distinguish the place of the ego from that assigned to it by Freud. He perceived it to be the center of consciousness but he also stressed the limitations and incompleteness of ego as being something less than the whole personality. Though the ego is concerned with such matters as personal identity, maintenance of the personality, continuity over timed mediation between conscious and unconscious realms, cognition and reality testing, it also has to be seen as responsive to the demands of something superior. This is the Self, the ordering principle of the entire personality. The relation of the self to the ego is compared to that of ’the mover to the moved’.

Initially, the ego is merged with the self but then differentiates from it. Jung describes an interdependence of the two: the Self provides the more holistic view and is therefore supreme, but it is the function of ego to challenge or fulfill the demands of that supremacy. The confrontation of ego and Self was identified by Jung as characteristic of the second half of life. Jung’s tendency to equate ego with consciousness makes it difficult to conceptualize unconscious aspects of ego structure, e.g. defenses. Consciousness is the distinguishing characteristic of the ego but this is proportional to unconsciousness. In fact, the greater the degree of ego-consciousness, the greater the possibility of sensing what is not known. Ego’s task in relation to shadow is to recognize it and integrate it rather than splitting it off via projection.
So far as psychopathology is concerned, there are a number of recognizable dangers: (1) That the ego will not emerge from its primary identity with the self and hence be unable to meet the demands of the outer world. (2) That the ego will become equated with the Self, leading to an inflation of consciousness. (3) That the ego may take up a rigid and extreme attitude, forsaking reference to the Self and ignoring the possibility of movement via the transcendent function. (4) That the ego may not be able to relate to a particular complex because of the tension engendered. This leads to the splitting off of the complex and its dominating the life of the individual. (5) That the ego may be overwhelmed by an inner content arising out of the unconscious. (6) That the inferior function may remain unintegrated and unavailable to the ego, leading to grossly unconscious behavior and a general impoverishment of the personality.

Persona
The term derives from the Latin word for the mask worn by actors in classical times. Hence, persona refers to the mask or face a person puts on to confront the world. Persona can refer to gender identity, a stage of development (such as adolescence), a social status, a job, or profession. Over a lifetime, many personas will be worn, and several may be combined at any one time.

Jung’s conception of the persona is of an archetype, meaning in this context that there is an inevitability and ubiquity to persona. In any society, a means of facilitating relationship and exchange is required; this function is partly carried out by the personas of the individuals involved. Different cultures will establish different criteria for persona, and there will be alteration and evolution over time since the underlying archetypal pattern is susceptible to infinite variation. Sometimes, the persona is referred to as the ‘social archetype’, involving all the compromises appropriate to living in a community.

Collected Works
The Collected Works comprise the writings of Carl Jung to date. Please see them here under Bibliography for a complete list of these writings.

The Philemon Foundation is preparing for publication the Complete Works of C.G. Jung in English and German. In distinction to the widely known Collected Works, it is intended that the Complete Works will comprise manuscripts, seminars, and correspondence previously unpublished or believed "lost."