Mary Dougherty, MFA, ATR, NCPsyA, is a Jungian psychoanalyst and art psychotherapist in private practice in Chicago. She is former President, Director of Training, and chair of the Program Committee of the Jung Institute of Chicago, former President of Chicago Society of Jungian Analysts, and served for eight years on the Executive Committee of the Council of North American Societies of Jungian Analysts. She is contributing editor to the Journal of Jungian Theory and Practice and has numerous publications in Analytical Psychology. She lectures on the clinical implications of gender, the use of active imagination, and on the impact of Jung’s thought upon creative development and artistic production. As a printmaker and performance artist she exhibited nationally and internationally, with venues including The George Eastman House, NY; Franklin Furnace, NYC; University of Chicago; Museo Contemporaneo, Sao Paolo. In 2001, she was awarded the ‘Lifetime Achievement in the Arts” award by the Chicago Women’s Caucus for the Arts.

Barbara Friedman, Ph.D., is a Jungian analyst and licensed clinical psychologist. She is also a certified addictions counselor and yoga instructor. Her studies have included many years of Buddhist practice as well as other Eastern meditative traditions. She completed five years of training at the Gestalt Institute of Greater Cleveland in individual, group and intimate systems work. Barbara is the author of Partners in Healing: Redistributing the Power in the Counselor Client Relationship. Her community service includes The Cuyahoga County Drug Abuse services Board and The C. G.  Jung Educational Center of Cleveland, where she was a founding member. After years of service in addictions and mental health agencies, Barbara moved into private practice. She sees individual, couples and small groups in Chicago, Illinois. She defines her mission as advocating change in the power dynamic, between people and within the psyche, so that each of us can live out our truest and fullest nature. 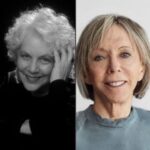