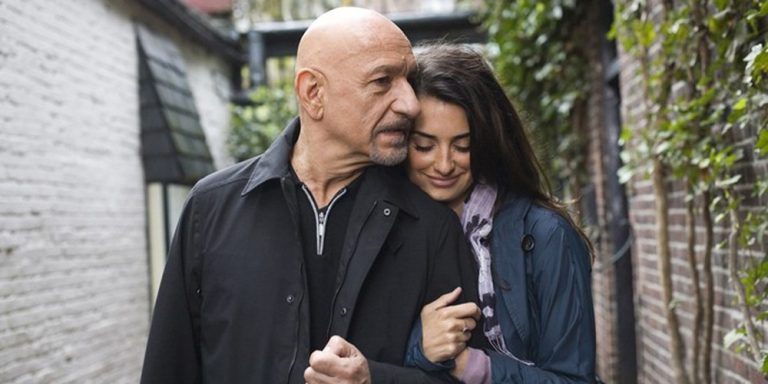 Jungian Analysts Judith Cooper and Daniel Ross discuss Elegy, the 2008 film directed by Isabel Coixet. Its screenplay is adapted by Nicholas Meyer from the 2001 novel The Dying Animal by Philip Roth. They discuss:

In the intro Ben mentions the episode The Structure and Dynamics of the Psyche and our new Self-Study CE Courses.

END_OF_DOCUMENT_TOKEN_TO_BE_REPLACED 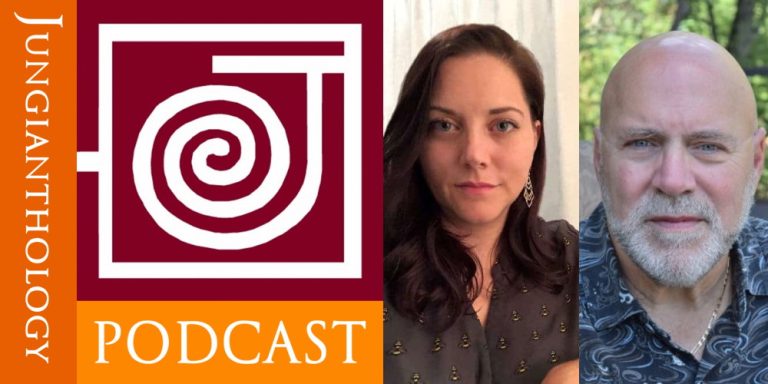 Entering the Path: The Journey of Individuation with Andrea Gaspar Gonzalez and Daniel Ross

When life is about to branch in a new direction, the unconscious sends us signs and symbols to tell us we’re embarking. This podcast features Jungian analyst Daniel Ross and Andrea Gaspar-Gonzalez, talking with host Patricia Martin about the ways the unconscious cooperates to guide us on the path of individuation. As co-directors of the Jungian Studies/Jungian Psychotherapy Program, they share poignant personal stories to explain the mysterious early signs that a new direction is being called for in the process individuation.

END_OF_DOCUMENT_TOKEN_TO_BE_REPLACED

Dose of Depth Podcast | Three Ways of Why: A Conversation with Jungian Analyst Vlado Šolc (Video)

Thank you to Deborah Lukovich for sharing this interview. From the YouTube video description:

In this episode, I’ve brought back Vlado Solc, Jungian Analyst and psychotherapist practicing in Milwaukee, WI, my hometown. Vlado is a co-author of the book, Dark Religion: Fundamentalism from the Perspective of Jungian Psychology. After listening to this episode, you might want to listen to our last chat about his book in Episode 26 of Season 1. It’s titled Self-Reflection in a Time of Conspiracy Theories. I’ll put the link in the description box. It’s my most listened to episode. So today, we’re going to go deeper into Jung’s theory of individuation in a way that you’ll be able to relate to and will enhance your practice of self-reflection.

Vladislav (Vlado) Šolc (pronounced “Schultz”) is a professional psychotherapist and Jungian analyst practicing in Milwaukee, Wisconsin. Vlado received training from the C. G. Jung Institute of Chicago and Charles University in Prague. He is the author of five depth-psychology-oriented books: Psyche, Matrix, Reality; The Father Archetype; In the Name of God—Fanaticism from the Perspective of Depth Psychology; Dark Religion: Fundamentalism from the Perspective of Jungian Psychology and most recently Democracy and Individuation in the Times of Conspiracy Theories. 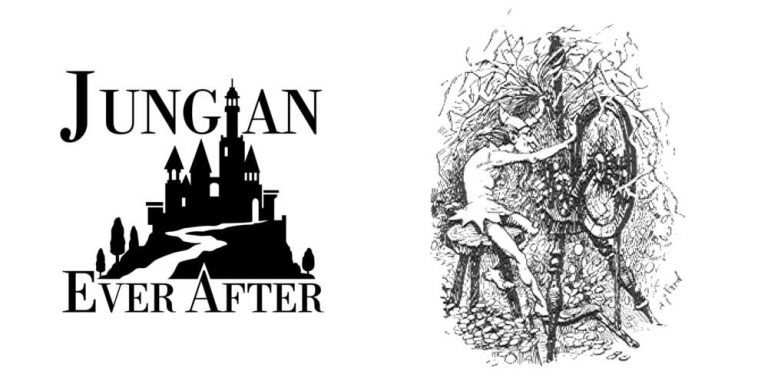 Jungian Ever After | Rumpelstiltskin Part 2: Trickster

Our 100th episode! It’s fitting that the 100th episode of the Jungianthology Podcast is with our most recent addition, Jungian Ever After. Please join our Holiday Giving Drive to support this free resource accessed by thousands of listeners worldwide.

This second part of our Rumpelstiltskin coverage focuses on the Trickster archetype. We talk about places that Trickster emerges in pop culture before analyzing the ways in which both Rumpel and the miller’s daughter channel trickster energy.

END_OF_DOCUMENT_TOKEN_TO_BE_REPLACED 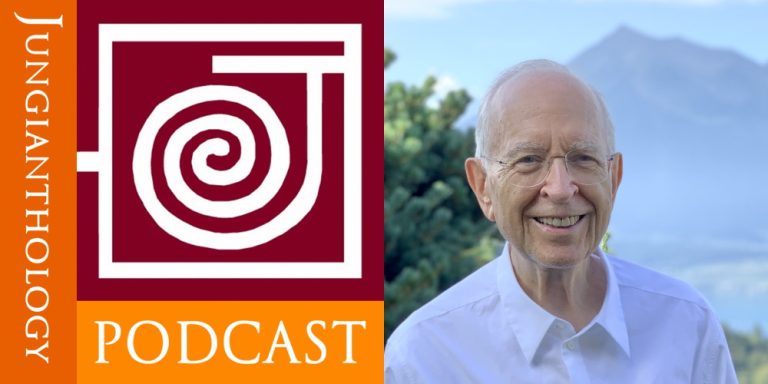 Transformation of the self is mysterious, whether it comes about gradually or suddenly. The essence of the process is buried in the unconscious. In this interview, Murray Stein sheds light on key dimensions of transformation based on his recent book, The Mystery of Transformation. In conversation with host Patricia Martin, they cover topics such as the individuation process, the union of anima and animus, and how the deep work of psychological transformation makes us whole.

The video of this interview is available on YouTube.

END_OF_DOCUMENT_TOKEN_TO_BE_REPLACED

I write on a splendid fall day in Chicago when my immediate world—and the Jung Institute—feel full of hope and promise! On September 10, 2022, we resumed in-person classes and gathered for a joyful dinner and graduation ceremony for the new analysts who graduated during COVID.

I can report that our podcasts and online courses were sought out by people worldwide during the pandemic, and they remain popular. As of October 2022, the podcast has had 928,701 listens across 96 episodes.   We average 20,000 listens a month from users all over the world – from 112 countries in September 2022.

END_OF_DOCUMENT_TOKEN_TO_BE_REPLACED

Jungian Ever After | Rumpelstiltskin Part 1: Narcissism and Persona

Please join our Holiday Giving Drive by making a donation online. Your support allows us to provide free and low-cost education to students and listeners around the world. Donate: https://jungchicago.org/blog/support-us/

Rumpelstiltskin is a character the we love from the show Once Upon a Time, but the original story isn’t commonly consumed. We have split our analysis once more into two parts. This first one covers narcissism and persona while part 2 will focus solely on the Trickster archetype.

END_OF_DOCUMENT_TOKEN_TO_BE_REPLACED 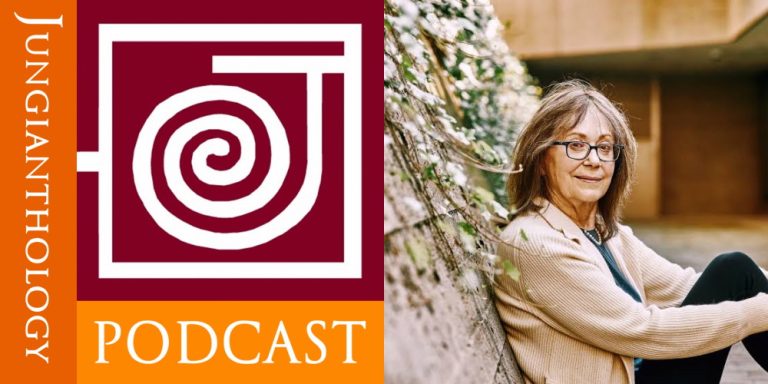 Renowned folklorist and Harvard scholar Maria Tatar joins host Patricia Martin to discuss her latest book, Heroine with 1,001 Faces. In this interview, Tatar unearths the forgotten legacy of the heroine’s quest, which parallels Joseph Campbell’s hero’s journey, and illuminates the social significance of the heroine as an archetype for our times.

The video of this interview is available on YouTube.

END_OF_DOCUMENT_TOKEN_TO_BE_REPLACED

“I try to approach them the Jungian way – with understanding and love. I try to involve them in a dialogue but also to listen. Attempting to convince someone about the opposite only increases mutual resistance.”

Bizarre conspiracy theories, but also fundamentalist religions are found in history of humanity from times immemorial. Many different fields strive to understand those phenomena better. One of them is psychology. Jungian analyst VLADO ŠOLC examines them from the perspective of depth psychology.

Basically, through Jung. When I studied at the Jungian Institute in Chicago with George Didier, a colleague of mine, we researched fundamentalist forms of religion. Then we discovered various interesting parallels between those aspects of religiosity and conspiracy theories.

END_OF_DOCUMENT_TOKEN_TO_BE_REPLACED 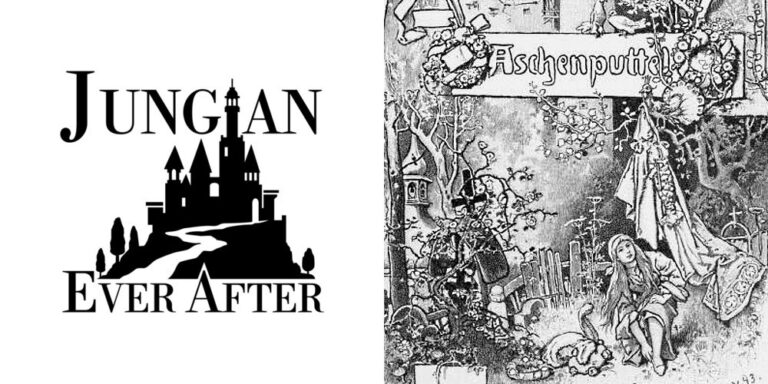 One of the most popular fairy tales, Cinderella, especially as told by Grimm, contains two major themes. So, we’ve split our analysis into 2 parts. This second episode speaks of the dehumanizing power of envy.

END_OF_DOCUMENT_TOKEN_TO_BE_REPLACED

Dose of Depth Podcast | Self-Reflection in a Time of Conspiracy Theories: A Conversation with Vlado Šolc, Jungian Analyst (Audio)

Vladislav Šolc, member of the Chicago Society of Jungian Analysts, was a guest on Dose of Depth, a podcast by Deborah Lukovich, PhD, that seeks to “explore the deeper meaning of ordinary life experiences through conversation, stories, and education”. From the episode description:

Enjoy my chat with Vlado Šolc about what’s beneath the surface of fundamentalism and conspiracy theories. He is the author of (written in partnership with George Didier) Dark Religion: Fundamentalism from the Perspective of Jungian Psychology.

Vladislav (Vlado) Šolc (pronounced “Schultz”) is a professional psychotherapist and Jungian analyst practicing in Milwaukee, Wisconsin. Vlado received training from the C. G. Jung Institute of Chicago and Charles University in Prague. He is the author of five depth-psychology-oriented books: Psyche, Matrix, Reality; The Father Archetype; In the Name of God—Fanaticism from the Perspective of Depth Psychology; Dark Religion: Fundamentalism from the Perspective of Jungian Psychology and most recently Democracy and Individuation in the Times of Conspiracy Theories.

Entering the Path: The Journey of Individuation with Andrea Gaspar Gonzalez and Daniel Ross

Dose of Depth Podcast | Three Ways of Why: A Conversation with Jungian Analyst Vlado Šolc (Video)

Jungian Ever After | Rumpelstiltskin Part 2: Trickster

Jungian Ever After | Rumpelstiltskin Part 1: Narcissism and Persona