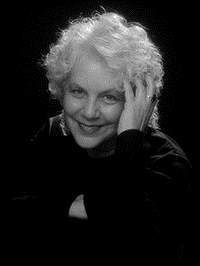 Mary Dougherty, MFA, ATR, NCPsyA is a Jungian psychoanalyst and art psychotherapist in private practice in Chicago. She is former President, Director of Training, and chair of the Program Committee of the Jung Institute of Chicago, former President of Chicago Society of Jungian Analysts, and served for eight years on the Executive Committee of the Council of North American Societies of Jungian Analysts. She is contributing editor to the Journal of Jungian Theory and Practice and has numerous publications in Analytical Psychology. She lectures on the clinical implications of gender, the use of active imagination, and on the impact of Jung’s thought upon creative development and artistic production.

As a printmaker and performance artist she exhibited nationally and internationally, with venues including The George Eastman House, NY; Franklin Furnace, NYC; University of Chicago; Museo Contemporaneo, Sao Paolo. In 2001, she was awarded the ‘Lifetime Achievement in the Arts” award by the Chicago Women’s Caucus for the Arts.

Our website site has been merged with the Jungianthology Podcast & Blog. All accounts, orders, and downloads have been migrated, so you can log in with your same email and password. Features of the new site include: