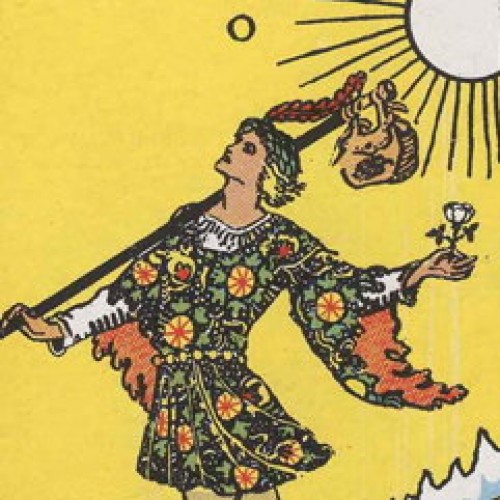 In this course, participants will explore the divination system known as The Tarot from the perspective of the individuation process, particularly as described by Marie-Louise von Franz in part three of Man and His Symbols, “The Process of Individuation." The relationship of major and minor arcana, the two subsets of the Tarot deck, will be discussed with reference to the personal and collective unconscious, and an investigation into the archetypal ground of the cards will be engaged.

Participants will learn at least two basic ways to use the cards for personal growth, and an introduction into giving a personal reading will be included.

Audio Quality: There was an issue with the lapel microphone so this recording is of the podium microphone. The audio levels fluctuate as Ken moves around and background noises, like card shuffling, can be heard. We have done what we can to adjust levels to compensate and have chosen to reduce the price.

PowerPoint: There was no PowerPoint presentation used in this seminar. The slide mentioned in the audio sample below is of disclaimers.

As a result of listening to this course, you will be able to:

1) To describe the process of individuation as the foundation and goal of Analytical Psychology.

2) To relate cards from the Major and Minor Arcana of the Tarot to various aspects of the process of individuation.

3) To practice several different ways to use the Tarot as a support for the personal work of individuation.

4) To discuss the results of Tarot readings obtained in class and relate them to the participants’ personal journeys.

Participants are asked to have their own Tarot deck. The recommended deck is the Rider-Waite-Smith deck (aka the Rider-Waite deck). It is available in many local esoteric or occult bookstores, such as Alchemy-arts.com, Occultbookstore.com, as well as on Amazon.

- von Franz, Marie-Louise. “The Process of Individuation" in Man and His Symbols.

Ken James, PhD maintains a private practice in Chicago, Illinois.  His areas of expertise include dream work and psychoanalysis, archetypal dimensions of analytic practice, divination and synchronicity, and ways to sustain the vital relationship between body, mind and spirit.  He has done post-doctoral work in music therapy, the Kabbalah, spirituality and theology, and uses these disciplines to inform his work as a Jungian analyst.