› Jungianthology Topics › Archetypes › Boundaries of the Soul: The Practice of Jung’s Psychotherapy

Boundaries of the Soul: The Practice of Jung’s Psychotherapy 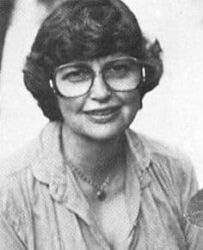 In this talk June Singer gives an overview of Jungian Psychology, describes how the Jungian relationship to the unconscious differs from other forms of depth psychology, a goes on to discuss archetypal theory, typology, and the ego-Self axis. This talk also includes a question and answer session. Note: During her response to a question, there is a 5-second gap in audio while the cassette was changed.

June Singer, PhD was a major figure in the development of the Jungian movement in the United States.  She earned a PhD in Psychology from Northwestern University and completed training as a Jungian analyst in Zurich, Switzerland.  During the 1960′s, Dr. Singer founded the Analytical Psychology Club of Chicago, which eventually became the C.G. Jung Institute of Chicago, in order to provide interested individuals an opportunity to study the works of Carl Jung. June Singer was a gifted analyst and a distinguished author and lecturer.  Her text, Boundaries of the Soul, is considered to be one of the best introductions to Jungian thought. She also wrote two books about sexuality, and a Jungian study of the poet William Blake.

There is no commentary for this lecture.

© June Singer. This podcast is licensed under a Creative Commons Attribution-NonCommercial-NoDerivatives 4.0 International License. You may share it, but please do not change it, sell it, or transcribe it.
Episode music by Michael Chapman
Edited and produced by Benjamin Law

Dose of Depth Podcast | Self-Reflection in a Time of Conspiracy Theories: A Conversation with Vlado Solc, Jungian Analyst

Jungian Ever After | Cinderella Part 1: Grief

Marion Woodman Month | The Value of Forgiveness with Elaine Mansfield

Jungian Ever After | Rapunzel