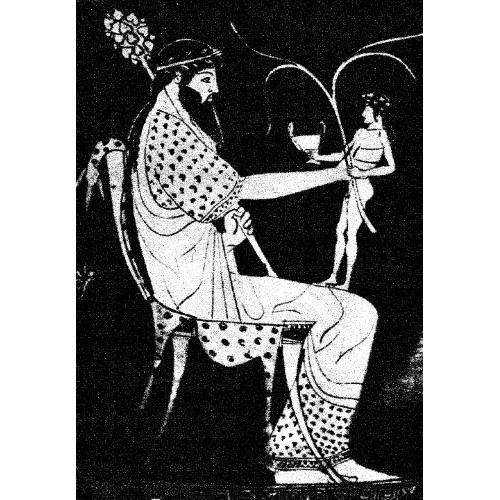 The god Dionysus can be said to embody a number of archetypal figures: the divine child, eternal adolescent, mother's son, shaman, wanderer, mystic, and murderer. If Dionysus is the dominant archetype in a man's psyche, he may experience the polarities of ecstatic moments and emotional dismemberment. He is also often at odds with himself and with the expectations and values of the patriarchal culture. When the expression and integration of Dionysian elements are repressed or undeveloped in a man or in the culture, there is an absence of passion; the instinctive and transpersonal life is devalued.

Audio quality: The audio quality is not up to the standards of most of our recordings. We have reduced the price, but please also listen to the sample below before purchasing.