› Jungianthology Topics › Individuation › The Way of the Sly One: Gurdjieff, Ouspensky, & Jung

The Way of the Sly One: Gurdjieff, Ouspensky, & Jung 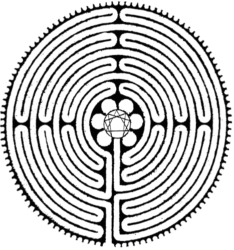 This episode is the first part of the series The Way of the Sly One: The Psychology of Our Possible Evolution in the Writings of Gurdjieff, Ouspensky, & Jung.

Most depth psychological theories look backward into the personal history of the individual in order to find the causes for neurotic symptoms, gain insight into their persistence in the present, and diminish their effects in the future. A key feature of Jungian psychology is the addition of a forward focus, a constructive, teleological emphasis on the meaning of symptoms, and the need to discover what the symptom is calling the sufferer to notice and change. This places Jung in a category of psychological practitioners who seek to promote the possible evolution of the person from present status to future transcendence.

Russian spiritual teacher G.I. Gurdjieff sought to bring his students to a place of consciousness that went far beyond what was generally thought of as “being awake”. The core of his teaching, that humankind was unfinished and did not possess a soul but was capable of creating one through intense inner work, created discomfort in his followers and stimulated them to find ways to break through to new levels of awareness – a method he called “the way of the sly one”. P.D. Ouspensky, Gurdjieff’s foremost disciple, also taught about the possible evolution of human consciousness and provided a more systematized interpretation of Gurdjieff’s teachings. 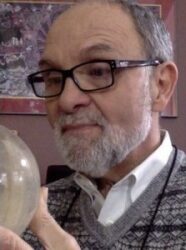 Ken James, PhD maintains a private practice in Chicago, Illinois.  His areas of expertise include dream work and psychoanalysis, archetypal dimensions of analytic practice, divination and synchronicity, and ways to sustain the vital relationship between body, mind and spirit.  He has done post-doctoral work in music therapy, the Kabbalah, spirituality and theology, and uses these disciplines to inform his work as a Jungian analyst. For more information visit soulworkcenter.org

© 1997 Ken James. This podcast is licensed under a Creative Commons Attribution-NonCommercial-NoDerivatives 4.0 International License. You may share it, but please do not change it, sell it, or transcribe it.
Music by Michael Chapman
Edited and produced by Benjamin Law

Dose of Depth Podcast | Self-Reflection in a Time of Conspiracy Theories: A Conversation with Vlado Solc, Jungian Analyst

Jungian Ever After | Cinderella Part 1: Grief

Marion Woodman Month | The Value of Forgiveness with Elaine Mansfield

Jungian Ever After | Rapunzel